A woman who has a false-positive screening result in one pregnancy is more likely to have one in a subsequent pregnancy than women in general. αlpha can help to avoid this problem by adjusting screening markers in women without a previously affected pregnancy who have been screened in a previous pregnancy with results in the alpha database (See references)

When αlpha is enabled to use recurrent false positive screening,  it will automatically find previous pregnancies in the αlpha database for the patient being screened.  When the user confirms that the patient identified in the αlpha database is the same person as that being screened, the marker levels in the current pregnancy are adjusted using the measurements taken in the previous pregnancy.

The screening report for the current pregnancy is positive.  Click on the image to see an enlarged version. 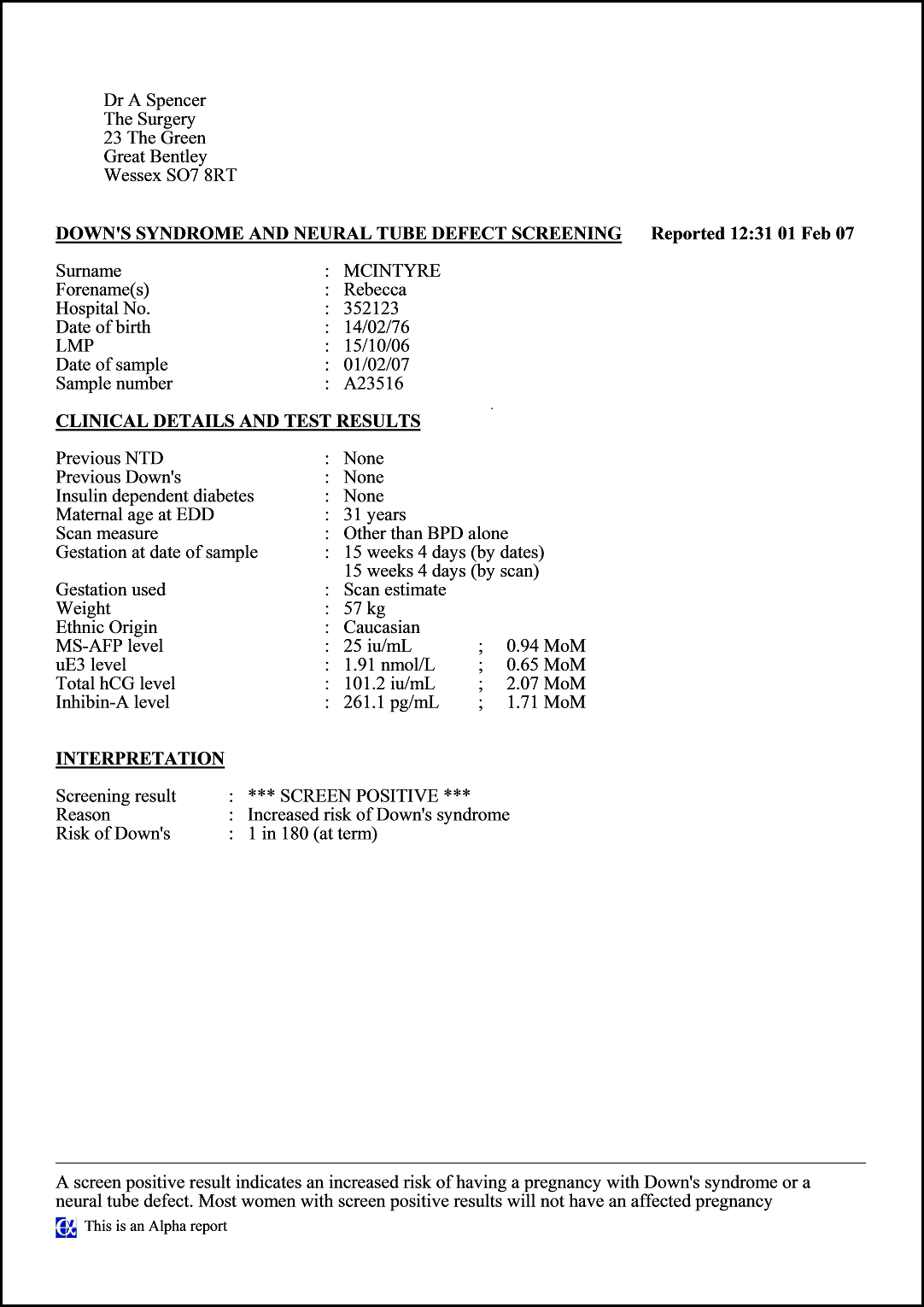 The screening report for a previous pregnancy for the same patient is also positive. Click on the image to see an enlarged version. 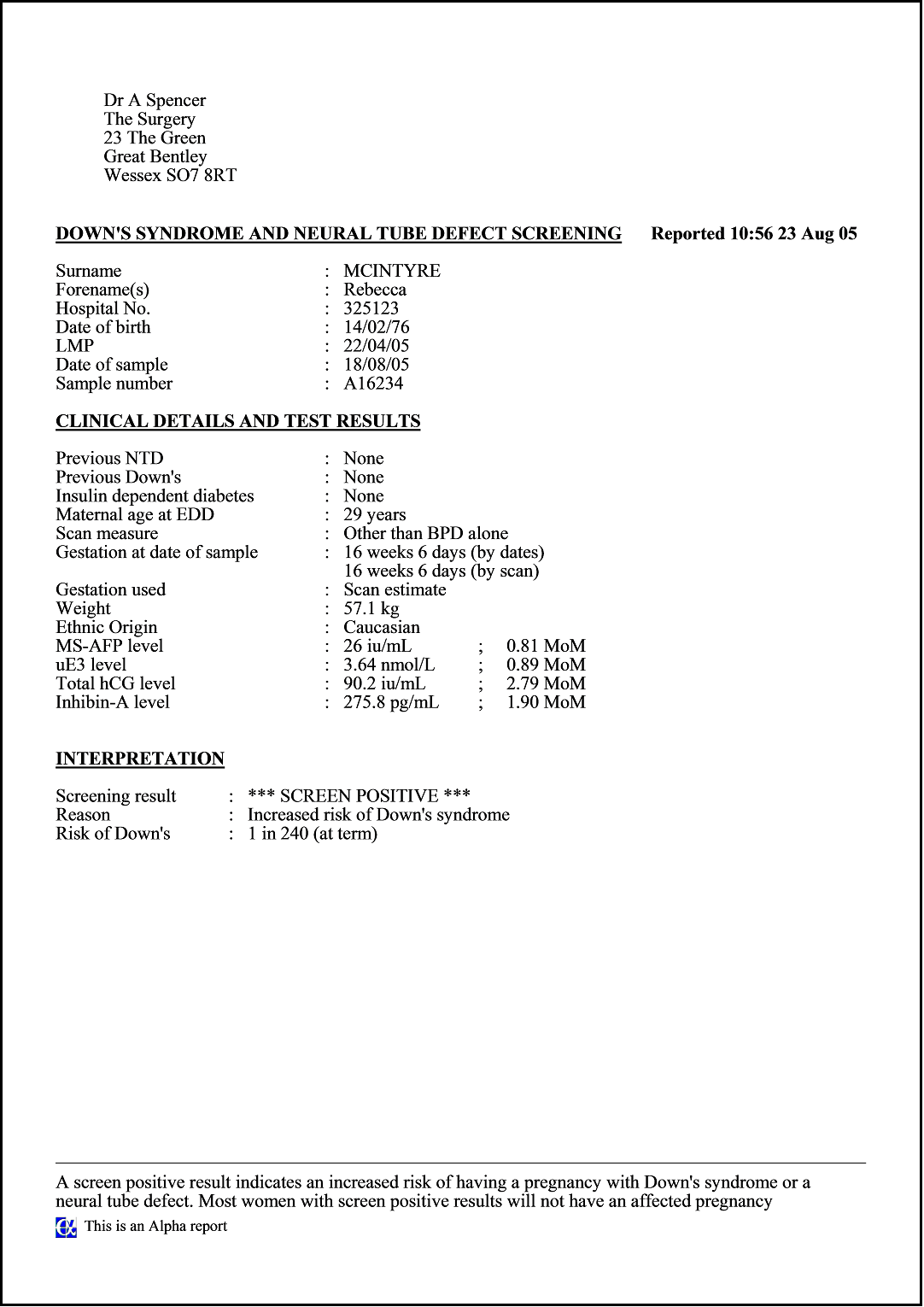 When the user confirms that an adjustment should be made, αlpha will adjust the levels in the current pregnancy to calculate a modified risk estimate.  The screening result is now negative. Click on the image to see an enlarged version. 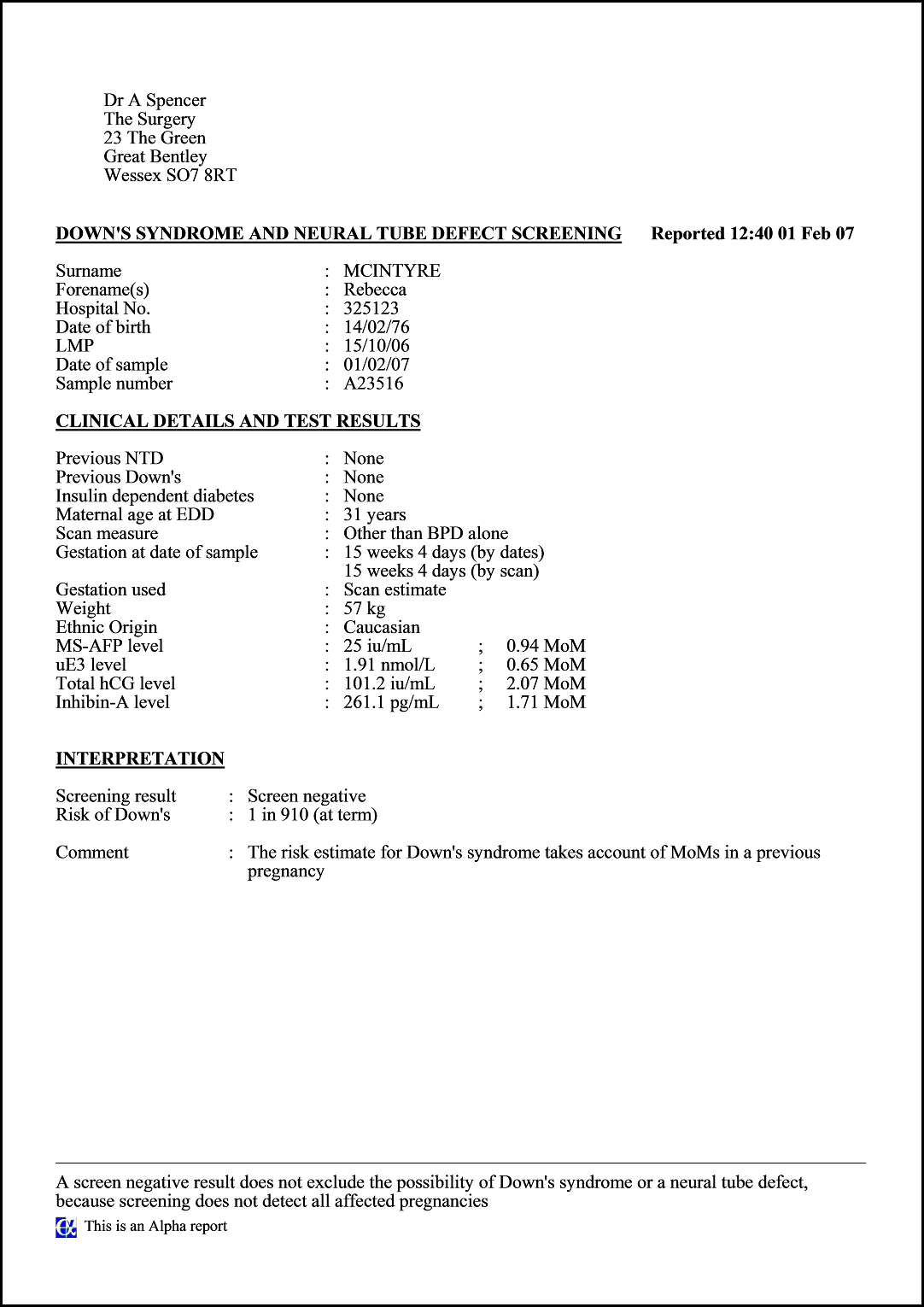 Prenatal screening for Down’s syndrome: the problem of recurrent false-positives (2004)
Recurrences of free Trisomy 21: analysis of the data from the National Down Syndrome Cytogenetic Register (2006)